Young Steinway Artist, Andrew Vargas, engages audiences with his virtuosic and confident command of the piano. He is praised for his mature musical artistry, sense of harmonic color, impressive technique, and for giving his audiences an exciting and energetic performance. In 2022, Vargas won the Silver Medal in the Advanced Division at the Manhattan International Music Competition and received an Honorable Mention in the Budapest Concert Division at the Los Angeles Liszt International Piano Competition in 2021. 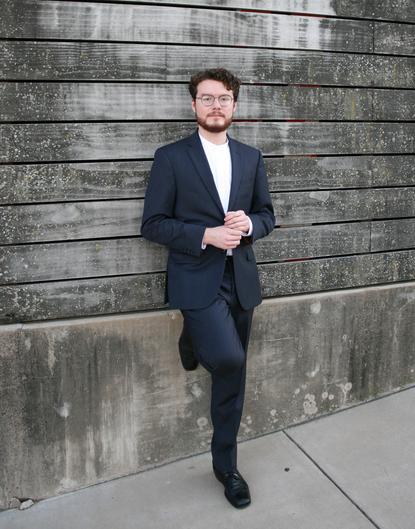 ​I am a 22 year old aspiring concert pianist.  It is a pleasure for me to share the gift of music.  I am a truly grateful to those who continue to support my career and to the pianists who have mentored me throughout the years.

As a National Finalist in the MTNA Senior Piano Division, Vargas participated in the MTNA finals in Baltimore, Maryland in March 2017. In June 2016, he placed first in the PianoTexas International Festival & Academy concerto competition and performed Liszt’s Piano Concerto No. 1 with the Fort Worth Symphony Orchestra under the baton of internationally-renown concert pianist and conductor, Barry Douglas. For two consecutive years, Vargas was awarded the First Place Prize in the Bradshaw and Buono International Piano Competition and performed twice in Carnegie Hall.

Also an avid composer, his compositions have been nationally recognized and applauded. In 2020, he premiered his first piano sonata to an enthusiastic audience at the Art of the Piano Festival. In 2016, his piano solo suite, Phantasms was the National First Place Composition Winner for the National Federation of Music Clubs (NFMC) and a final selection in the ASCAP Morton Gould Young Composer Competition. A "Tour de Force" according to judges, Phantasms "demonstrates a great deal of compositional skill, is harmonically courageous, superbly crafted, and is truly a valuable contribution to the piano literature."

Vargas serves his community by sharing his love for classical music and has appeared as a guest performer for an array of non-profit organizations, among them, the Make-A-Wish Foundation and The Gaylord Pickens Heritage Museum. Upcoming performances include recitals in Louisiana, Cincinnati, and Fort Worth.
Andrew is a scholarship recipient from the Feltsman Piano Foundation and has also received numerous composition, artistic, and academic scholarships. As a Nordan Young Artist and TCU Scholar, he currently studies Piano Performance at Texas Christian University under the guidance of Dr. Tamás Ungár.